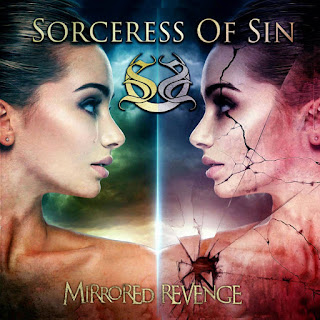 The sound is quite dark, more like US power metal than the European continental variant. I think it would be safe to compare Sorceress of Sin with Chastain.

The 10 songs are quite varied, borrowing elements from many metal subgenres from thrash and speed metal to symphonic and operatic metal.

Many bands have a somewhat similar sound to what Sorceress of Sin creates. What makes them stand out to me is how well the songs create a certain mood or atmosphere, with every element, both song, lyrics and instruments working together to set the stage for the stories they tell.

The album has a wet and organic mix, which works very well, particularly on the guitars. However I could like to hear the bass drums and cymbals a bit more in the mix.

I like the different vocal styles Lisa uses to underline the mood of the songs. There are also some nice choir arrangements here that augment the songs, but that can be left out live if needed.

While Lisa has great vocals, the melody of the band is not carried by vocals alone. The guitar players does an excellent job at augmenting the songs with melodic riffs or lead melodies. I like best the songs where there both are strong vocal and guitar melodies going on at the same time.

The guitars of Constantin have a neoclassical flare, and while less up front, they remind in musical thinking of master guitarists like Timo Tolkki or Luca Turilli.

The solos on the other hand are more melodic, with a small hint of blues rock and classic metal, while at the same time drawing on the best of later 90s early 2000s melodic metal soloing.

The drums and bass guitar backs up the songs nicely, adding heaviness and drive. I could like them to take up more space in some of the compositions, but they do a great job backing up the guitar to deliver heavy or fast riffs. I like how the drums, being clearly rooted in heavy metal can draw on speed and thrash when needed.

A special mention has to be made of the keyboards, orchestral arrangements and programming. I find it really augments the bands sound and adds to the mood where included. I think it could be an interesting development for the band to include more of this, also on the more power metal styled songs.

This is a band that I will follow with great interest in the future.This is a great debut by a multifaceted band

And buy their album on bandcamp: https://sorceressofsin.bandcamp.com/

Popular posts from this blog 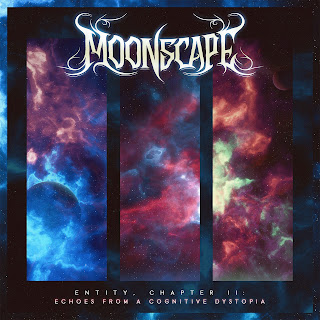 Band: Moonscape Album:   Entity, Chapter II: Echoes from a Cognitive Dystopia Release date: November 23, 2020 Record label: self released Genre: Progressive metal, epic metal, melodic death metal From:   Gjøvik, Norway   After hearing “Entity” by Moonscape, I knew I had to get to hear the new album “Entity, Chapter II” and I’m very happy that Håvard Lunde submitted it to me for review.   “Entity, Chapter II: Echoes from a Cognitive Dystopia” continues the story started in “Entity”. The album consists of 4 tracks: 3 main compositions, from 8 to almost 17 minutes each, as well as an orchestral prelude that sets a quite epic mood for the album.   Each of the 4 main compositions have quite distinct parts, with their own names and moods that fit into the overall theme of each composition, like in a classical orchestra piece. At the same time, each of the 4 compositions fits seamlessly together, so that one doesn’t notice that one
Read more 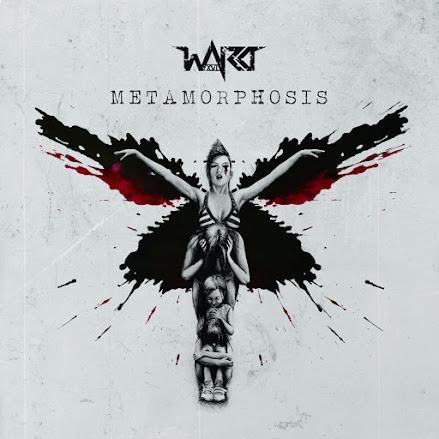 Requested submission.   Band: Ward XVI Album:   Metamorphosis Release date: September 25, 2020 Record label: Metal Rocka Recordings Genre: Horror, circus, shock rock From:  Whittingham, northern England, UK       Ward XVI consists of Psychoberrie - vocals and lyrics, Doctor von Stottenstei - guitars and Wolfy Huntsman - bass. For this release they are joined by John Badger – drums (ex-Impavidus) Martin Crawley - keys & accordion (SarifMusic), Anabelle Iratni – operatic vocals (Devilment), Russ Custard – guest vocals on “Shadows” (Footprints in the Custard), Chris Barton – voice acting as The Psychiatris on “Retrogression” and Steve Walker – voice acting as The Judge on “The Verdict”   If you are a fan of concept albums and songs that tell a story, this album is definitively for you. Already the the intro, which makes me think of one of the intros on the Operation Mindcrime album, sets the mood for the story and tells the liste
Read more

Igor
A blog about metal. Here you will find: - Reviews: I've reviewed for Heaps of Metal and The Metal lab for some time, and post those reviews here. I mostly review melodic and progressive bands. - How to present your band: I'll give some tips on various issues I often see with how bands present themselves on social media or when they contact me. - Various other metal stuff. I'll leave this part undefined for now